As Yolanda became stronger, the hospital got some of its wrath.....ceilings were falling, some wings flooded and the Generator was shut off for safety precautionary measures. Later, the hospital became a Center for evacuees. We were transferred to another safer wing. I could hardly stand coz I had no sleep and dextrose was just my maintenance and Inhalers. This hospital is a quasi-government hospital.   I was planning to get money from the ATM at the hospital but it was off line and some frantic people forcibly opened the other one.
I didn't know the gravity of the raging storm and the situation outside until the husband of Rona, Calvin, together with her 2 boys (2 and 4 years old) arrived. Their house which they just finished was blown away, also her aunt's appliances and everything else. Even their clothes were gone. It's a good thing they left some at my home when I asked the husband and kids to stay over earlier. Rice could not be bought, the stores and groceries were closed. So rich and poor couldn't buy staple food. I went to the groceries before my confinement but since we live near the market I preferred fresh everything.
The husband's report of what was happening outside, was shocking! There were many dead people lying on the streets and houses reduced to fragments and cars destroyed. I learned later on of my fallen trees and debris all over and my badly damaged ancestral home. It's like you got an eraser and erased a big part of Tacloban.
Source: Commission on Filipino Overseas
Let's try to define Emergency Funds. Many Filipino kababayans suffered from Typhoon Yolanda and many lives taken away including livelihood of survivors. The importance of emergency funds can be emphasized in this  situation,  especially if the relief goods are not enough to cover the needs of every victims.
Emergency fund is the amount to be set aside for unexpected events and surprises that will affect your financial standing such as job loss, illnesses or any major expenses. This should be available any time but at a safe account. It could be put on six month deposits or saving passbook account. Don't put on your cabinet or alkansya because someone could steal it or risk exposure to fire. I highly recommend to put it on a passbook account not link to  ATM card.
If you don't have an emergency fund, this is the time to start building it. A monthly amount set aside for this fund will give you peace of mind. No one knows when the storm will strike again. Be prepared all the time.

How to Ensure you Have a Long Lasting Retirement?

#RetirementGoals. Everyone needs to plan for retirement because there will come a time that you will stop working. Sometimes, it can also b... 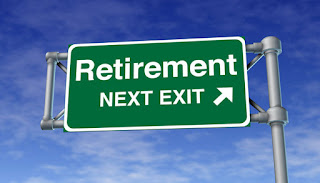 COPY AND PASTE THIS LINK FOR FREE LESSONS: http://www.pinoyinvestor.com/stockpicks/aff/go/athanruiz?i=31 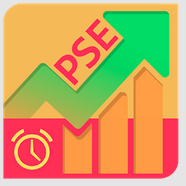